You are on webpage : News & Informations, _archive_

Afghanistan, the smile of victory of life

At the age of 5, Ahmad gets a new leg prothesis. A Kaboul, thanks to the Red Cross, this young Afghan does not not hesitate to dance to show to the world that, despite his handicap, he can still enjoy life to the fullest.

At the sound of a local music, the young Ahmad laughs, sings, dances and plays.

If you thought that our international football were stars...

At the age of 6, Mohamad Sesay-alias Balotelli-had only known war.

On January 6, 1999, he was playing with his friends when the shots rang. "My mother took me in her arms and ran to the mountains. “Seven men caught up with us, hit her, and then I fell on the floor. She escaped, but I was taken to the village. They gathered everyone and the machete shots started: hands, legs, genitals, ears, fingers, heads.... Everyone was screaming, the rebels were shooting, I was crying. It took them five strokes to cut my leg, and then I fainted. " A team of doctors Medecins Sans Frontieres saved his life. Years later, after a very difficult life, beggin in the streets of Freetown, he discovered football for amputees. "We were champions of Sierra Leone and I was the top scorer of the African Cup". At the age of 22 years old, he died of liver failure shortly after this testimony. 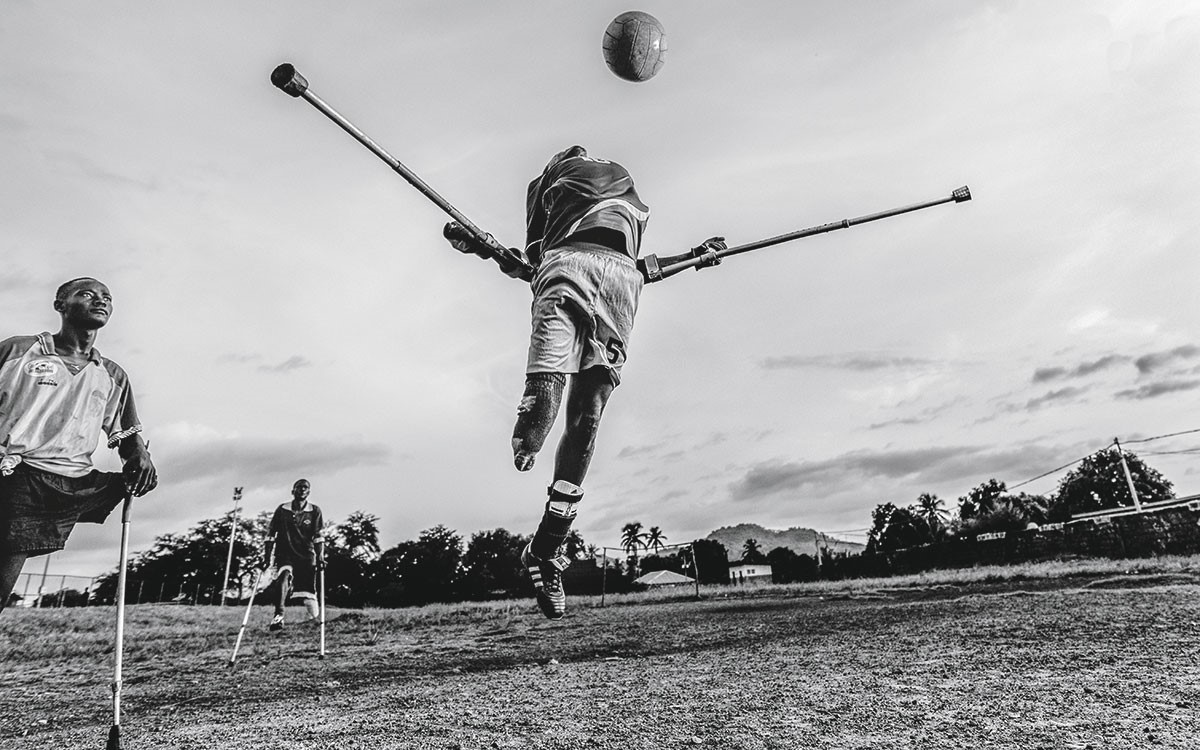 Football for amputees has its own Cup of the. Angola is THE champion . The seven players of each team have one leg, except the goalkeeper who has two legs, but has only one arm. You have to play with crutches, but you can't use them to touch the ball. As the terrain is smaller, there is no offside.

Like Spain, you will find other national organizations of this type in several countries.

Hurghada, the big blue in the red sea….